In which five countries can the Republic of China passport Use automatic customs clearance to avoid queuing? 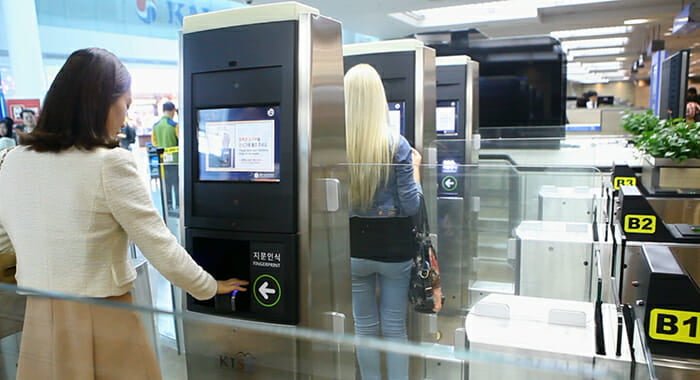 Everyone traveling abroad with a pleasant mood, most afraid of the airport customs encounter queuing crowds, often a row of more than 10 minutes or even half an hour is a common thing.

In fact, with the closer exchanges between China and other countries, five world powers have opened up to our use of automatic customs clearance services, as long as the prior application can easily carry the passport of the Republic of China, in Japan, South Korea, the United States, Britain and Australia, the five major countries for rapid customs clearance.

In 2016, Japan launched the Trust Passenger program (Trusted Traveler program, referred to as TTP), which allows visitors to apply as long as they meet 5 conditions, including:

This automatic customs clearance function is only available at 4 Japanese airports, including Tokyo Narita, Haneda, central Nagoya, Osaka Kansai International Airport, and must be accompanied by a Japanese or English certificate and work data, which is mainly open to business people.

When the first bidder arrives in Korea, he must enter the country manually, then carry his passport to the designated location of the SES registration centre where he can apply, fill out the electronic application form, collect the applicant's photo and fingerprint image through the registrar, and finally pass the approval, affixed with the SES registration sticker to complete the application.

United States of America (US)

The United States of America, for short, has included Chinese Republic of China travellers in the Global entry plan since 2017.Now, as long as you apply through the US global online registration system and pass the interview, you can use a dedicated channel to enter the country at a designated U.S. airport without queuing up.To apply for a passenger, you must first fill out the application form on the United States Trust Passenger Program website, and an interview will be arranged when the application is approved.

In the United Kingdom of Great Britain and Northern Ireland, for short, the registered passenger service was introduced in 2016, and as long as a visitor to the Republic of China who has reached the age of 18 has a British visa or 4 records of visits to the UK within 2 years, it can be applied through the official website of the British Foreign Office to find out if the application is successful.

Application fee: GBP 70; 50 pounds will be refunded upon withdrawal.

The Commonwealth of Australia, or Australia, in 2017 to include the Republic of China visitors in the Smart Gate program, as long as you reach the age of 16 and hold the Republic of China chip passport, as well as the Australian e-tourism visa (ETA), do not have to register in advance, after arriving at the main airport can bring a passport to Smart Gate automatic customs clearance machine before processing, in the future can be used in Australia automatic customs clearance services.